What’s the Impact of the Free Economy? 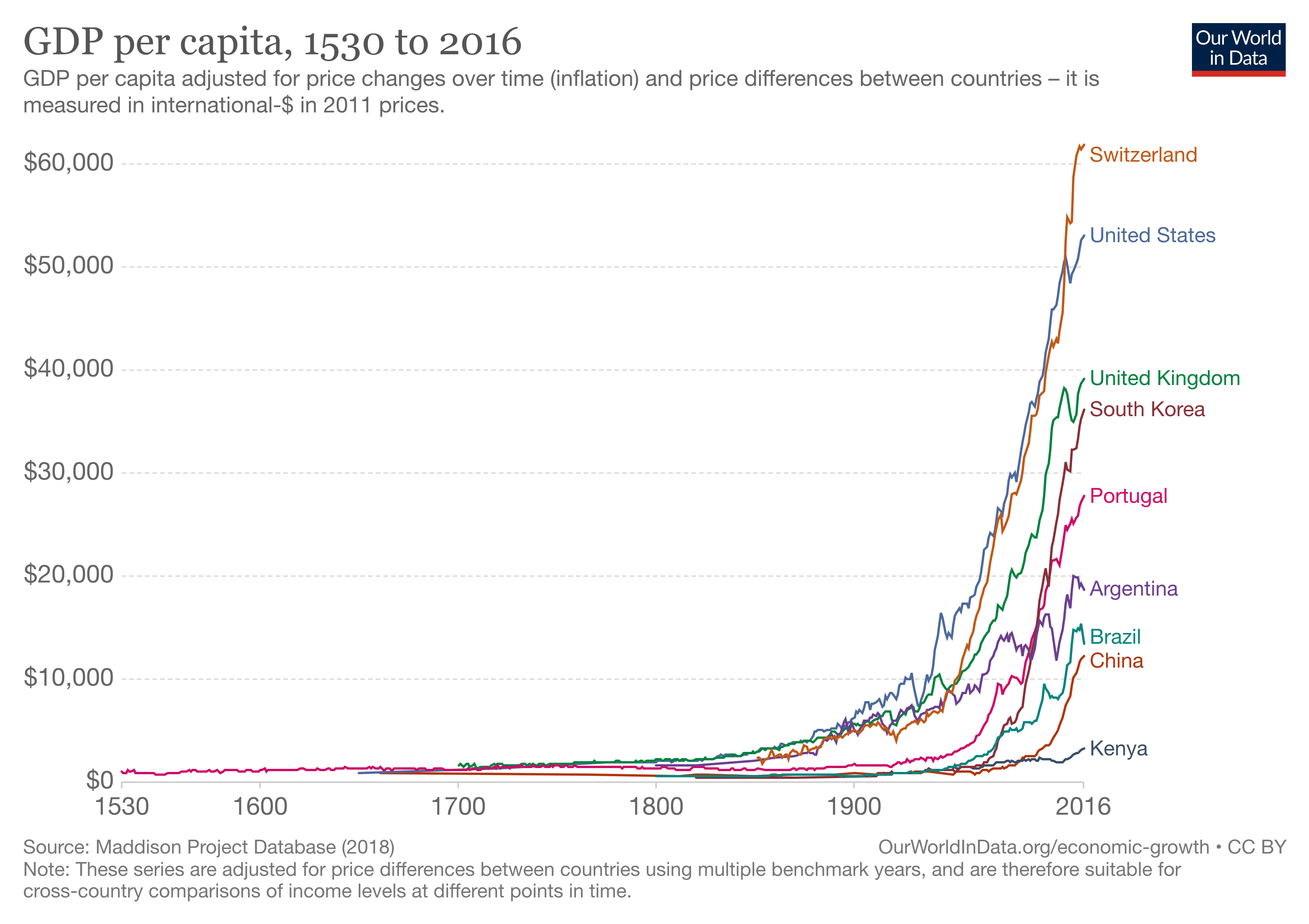 Impact of the free economy market.

The free market is one of the biggest reasons for the growth of national economies and the global economy. Although it has been demonized, the free market contributes to the development of society and the empowerment of individuals.

Pursuing a free market is a way for governments to relinquish some of the control they have over the economy of their nation. A free market will mean less government control, less red tape, and more empowerment for individuals, groups, and communities. At the same time, it means more net earnings for the people who get the job done.

Last week, we discuss the need for a digital free economy but how does the free market impact society?

How does the free market impact society?

History does not record a single country getting development without a free market.

There are undeniable examples such as South and North Korea, as well as the Federal and the Democratic Republic of Germany. After the war, those countries were divided into two: one with a free market and one with a centralized economy. Both sides started from the very same point of development, with similar human resources and equivalent natural resources. The results were evident: Volkswagen, BMW, Siemens, Adidas, Nestlé, Samsung, Hyundai, LG, Kia. As we can see, the free market enriched and liberated citizens, whereas a centralized economy impoverished them and restricted their freedom.

A centralized economy imposes excessive control over big industries, leaving little to no room for small businesses to thrive and develop. In the process, private companies receive high taxes and very few guarantees, and the growth of the economy slows down. Workers in the big industries don’t make enough money, as the government pays their salaries. Also, they don’t have enough incentive for better production. 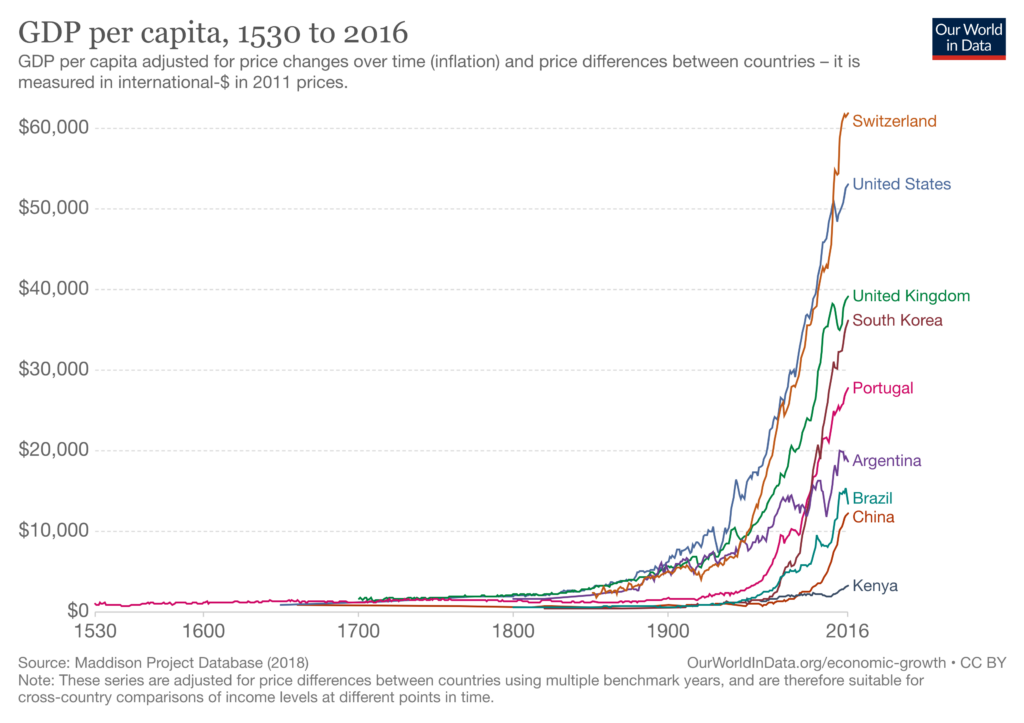 The following were all socialist countries, with centralized economies, and they developed after freeing the economy: Czech Republic (2009), Slovakia (2009), Slovenia (2010), Estonia (2011), Latvia (2016) and Lithuania (2019). Another interesting element is the response to Covid-19. The countries with the highest indexes of economic freedom, except for some, have had outstanding responses:

Impact of the free economy market.

The free market empowers the individual.

It also minimizes social frictions. Aunt Jemima, being black, had her pancake debut in 1889, and in 1915 it was the most recognized brand in the United States. Madam C. J. Walker was born in poverty, and by 1916 she was a millionaire. Although it’s generally said that she was the first black female millionaire, it actually was Annie Malone. The index of gender inequality shows how the free market promotes gender equality.

The cultural factor is another influence. It’s no surprise that eight out of the top ten are nordic countries: they are all capitalist and with high degrees of economic freedom. To confirm that, the countries with the most significant freedom are:

The free market rewards those who create solutions.

It is society the one judging the effectiveness of the proposal, and the one paying its price. As a result, innovation grows indefinitely, increasing productivity and wealth generation.

The graph shows the growth experienced with the emergence of the free market economy. In contrast, those countries or sectors that lack competence get little development. This happens even within free-market economies. Education, for instance, is usually a public benefit. As a result, it hasn’t changed most in a century, even despite the technological advances that could have boosted it.

A free economy, contrary to what some say, reduces armed conflict. In primitive societies, tribes would fight each other to get what they needed, until they realized they could trade. One example was the US-Mexico conflict. After the war, the US was seen as Mexico’s worst enemy. A seemingly endless hatred made Río Grande look like an ocean. How was this huge difference solved? With trade. Today, Mexico is one of the member states of NAFTA, and they all benefit from it.

The opposite of the free market is a centralized economy, in which the State has full control. Although the idea of the State being responsible for looking after its people is good, real-life shows something diametrically opposite: the states with too much power restrict freedom, increase poverty and minimize innovation and development. On top of it all, they generate costly wars. The French Revolution created the concept of Levée en masse, which is the popular mobilization to form an army. Not long after, Napoleon had his big campaigns in Europe. The States become more dangerous, the more powerful they are. Nazi Germany is another clear example of this.

A successful business within a free market economy will impact its community.

They will ultimately help fund a new school, conduct repairs in the local hospital, or repair the streets and roads. And the more it grows, it can become a reason for the community to be proud of, and even a symbol of prosperity.

Walmart’s headquarters are in Bentonville, Arkansas. This is a small town of about 45,000 inhabitants, but unemployment and crime are very low. It also has good schools and affordable housing. So, this is a clear example of how a free market company can have a positive impact on its community.

Big centralized States often censor-free media, have significant taxes and blame those who have accumulated wealth for all social issues. This creates a sense of rivalry and contradiction between the working class (the proletariat) and small business owners (the bourgeoisie, the new bourgeoisie, or the new rich). They will pay their employees better than government-run companies or industries.

As a centralized state, there will barely be any criticism about those issues, because all the mainstream media will be government-controlled. Therefore, the possibility of change is slim. Significant taxes on small private businesses will be allegedly used for the development of the nation’s economy. In reality, the objective is keeping those individuals from getting too powerful or too financially independent.

The free market, on the contrary, promotes freedom of speech and thought, reduces taxes, and celebrates wealth generation and innovation. Jemima, Steve Jobs, and Alva Edison are examples of how wealth generates progress.

Final words about the impact of the free economy market

Victor Hugo said, “A day will come when there will be no battlefields, but markets opening to commerce and minds opening to ideas.” The free market is aiming for peace and more development based on ideas and innovation.

A centralized economy will continue to stagnate. This happens, mainly, because such governments tend to become totalitarian, and the citizens will be in a permanent obligation of obedience towards the State so they don’t lose their jobs.

A free-market economy, on the other hand, will grow and strive for a better well being for its citizens. It will grant people full control of their lives and their destiny, and they will depend less on the government. In other words, they will have true freedom.